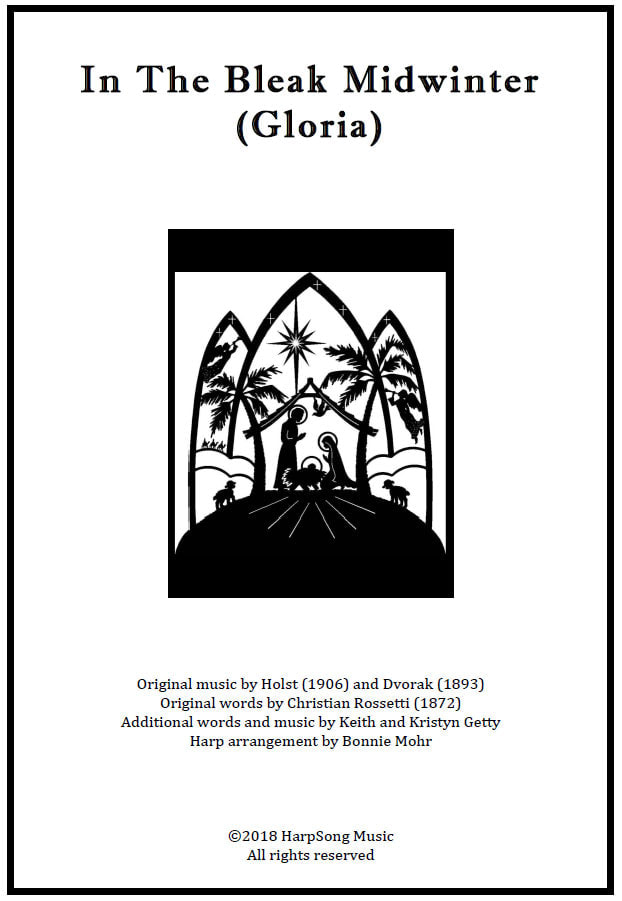 In the Bleak Mid-Winter (sheet music)

In the Bleak Midwinter (Gloria) combines the musical works of Gustav Holst and Antonín Dvořák arranged for three harps by Bonnie Mohr.  Holst set the music for the poem written by the English poet Christina Rossetti (1872) that was originally called A Christmas Carol.  The contemporary hymn writers Keith and Kristen Getty added the theme from Dvorak’s New World Symphony with new words to create the Gloria section used as a chorus between the verses of In the Bleak Midwinter.

The melody goes between the first and second harp parts with the third part being the easiest. Included with the three parts is a vocal/leadsheet so singing can be included in the performance. The parts are all playable on lever or pedal harp. In the First Harp part there is an optional F glissando that uses pedals, otherwise there are no accidentals.